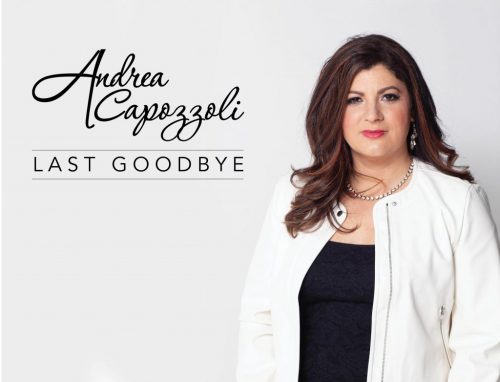 In this new entry in our ‘Diamonds In The Rough’ category, we want to introduce you to upcoming artist Andrea Capozzoli and her brand new single titled “Last Goodbye”.

Singer-songwriter Andrea Capozzoli serves up a powerful message in her new R&B/neo-soul inspired single titled “Last Goodbye“. A message of empowerment and standing up for yourself is conveyed in a funky, groovy, delicious performance, highlighting her powerhouse vocals. The Deli Magazine premiered the track, complimenting her “velvety, assertive vocals” citing it as “a prime example of the ever-lasting power of R&B/soul” even in the modern age.

“ ‘Last Goodbye’ was inspired by watching a close friend go through a bad breakup,” shared Capozzoli. “All I could think about was hoping that it would be the end of that relationship because it was a toxic situation. In my mind, I was hoping this was her last goodbye. If you feel like things aren’t right, don’t stay because we all deserve happiness in a relationship.” The result is a powerful, moody deliverance of standing your ground, living your life, and knowing when it’s time to move on; an ode of vibrant independence and celebration, and a beacon of hope to those who remain in toxic situations.