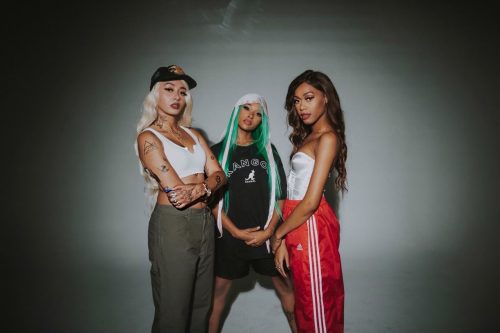 In this new entry in our ‘Diamonds In The Rough’ category, we want to introduce you to upcoming group BLK and their brand new single titled “Got It”.

During 2020’s quarantine, the trio of Bexk, Lilac X and Korahjay – a.k.a. BLK – premiered their debut single “Got It”. The melodic song blends R&B, Pop, and Hip-Hop with potent messages of self-worth, unabashed sexuality, and fearless individualism. The three artists enhanced this theme with a homemade Zoom-style video, flaunting their personalities, which was paired with a social media-driven remix contest that yielded applicants across continents. A fully-produced “Got It” has now arrived, to be followed by their single “FWM (Fu*k with Me)” and “Girls” which will coincide with the trio’s upcoming debut, the BLK Girl Magic EP. In colourful times, Korahjay captures why BLK is as bold and brilliant as its namesake. “We’re not trying to chase a certain vibe, sound, or look. Weare just being ourselves.”

The music video for “Got It” is out now!

The post DIAMOND IN THE ROUGH: BLK – “Got It” appeared first on Fresh: Hip-Hop & R&B.