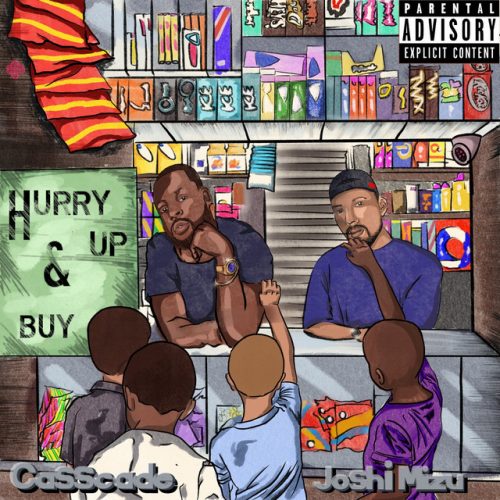 In this new entry in our ‘Diamonds In The Rough’ category, we want to introduce you to upcoming London rapper Casscade and his brand new single titled “Hurry Up & Buy” featuring German rapper Joshi Mizu.

The single showcases both artists’ flair for hooks and melodies, backed up by some knocking 808’s and a killer hook. The catchy track boasts Joshi Mizu’s bars in German – these verses gel nicely with Casscade’s delivery and brings something truly unique to the party.
The collab came about after Casscade headlined a show in north Germany, off the back of his breakout single “Sexy”, which blew up after it was featured on a TV show over there, from that his presence has built into a size-able fanbase in the region.