DIAMOND IN THE ROUGH: Crystal Allen Detroit – “We Ain’t Gotta Be Friends” 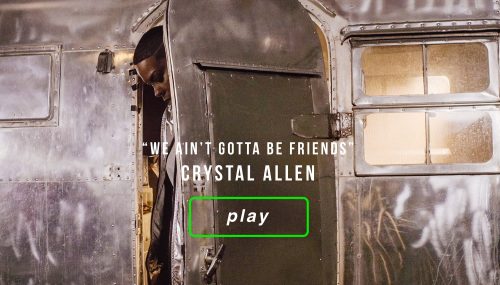 In this new entry in our ‘Diamonds In The Rough’ category, we want to introduce you to upcoming artist Crystal Allen Detroit and her brand new single titled “We Ain’t Gotta Be Friends”.

Crystal Allen is a woman with a force to be reckoned with. Starting her musical roots in Detroit and at the age of 15 running away from home to pursue her musical career in Los Angeles. After being signed to a record label but being put on hold, Crystal took a break to creatively reinvent herself. She is now back with a whole new alternative hiphop mixed with neo-soul vibe and a image that radiates with her attitude, soul, heart and fashion alongside with her new EP Hemp and Lesbians that will be released in the fall.

The post DIAMOND IN THE ROUGH: Crystal Allen Detroit – “We Ain’t Gotta Be Friends” appeared first on Fresh: Hip-Hop & R&B.