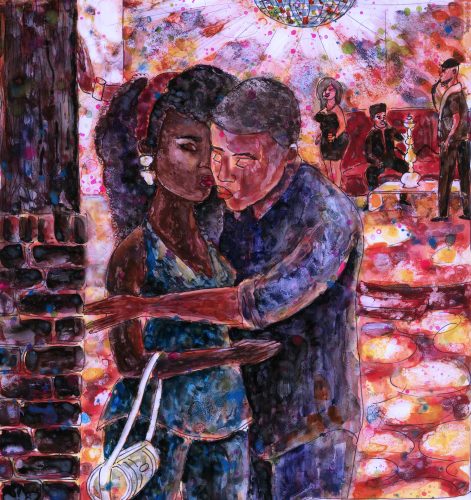 In this new entry in our ‘Diamonds In The Rough’ category, we want to introduce you to upcoming artist Dr. Scot Brown and his brand new single titled “You Already Know” featuring Chris Walker.

My new song ‘You Already Know” vibrates in a sweet spot where the ear meets the heart.  Rick Marcel and I wrote it in 2009.  Marcel’s magic chord progressions sparked me to instantly pen melodies and lyrics that paint a portrait of love, using the colors of deep appreciation and care.  I also wanted to convey the idea of caring for someone as an elevated expression of love – that’s why I refer to “bath waters running” and the “smell of breakfast serving.”   These actions don’t cost a lot of money but are more precious than any object money can buy.   Over the years, I kept revising the song and eventually worked with Chris Walker, veteran vocalist extraordinaire whose soulful voice on the record speaks for itself.  Getting into deeper sonic waters, I brought in Lo-fi and hip-hop elements by working with a brilliant co-producer/co-arranger, Jerry Rescue of Suburban Plaza.   The song ultimately lives up to its title through notes, choruses, verses, ad-libs and everything in-between – “You Already Know”!!!!

Dr. Scot Brown is not just a historian of music, he makes it. Brown — a renowned scholar, music historian and commentator — who’s made appearances on HBO/Cinemax, TV One, VHl, Sirius/XM Radio, BET /Centric, National Public Radio and PBS.

Listen to the song below: