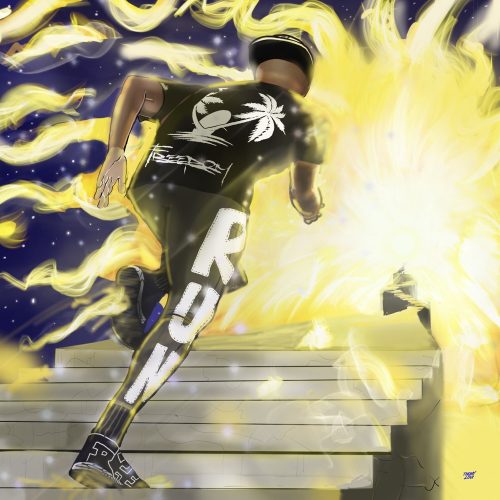 In this new entry in our ‘Diamonds In The Rough’ category, we want to introduce you to upcoming artist Freedom and his brand new single titled “Run”.

It makes perfect sense that music matters to film director RZA. The Wu Tang Clan mastermind came to film directing from music, and the sounds of “Haiti via New Orleans” course through his recent oeuvre, CUT THROAT CITY, the “ambitious, messy, sprawling and bullet-riddled crime epic” (Richard Roeper, Chicago Sun-Times) that topped the Netflix charts hours after its debut on Netflix, finishing in January’s top ten.

The film producers will re-release the pivotal song from the film: recording artist Freedom’s urgent, plaintive ballad RUN, along with a world premiere music video of the song, May 26, 2021. The song previously had only a lyric video and a “friends and family,” audio release, garnering over 100,000 spins on Spotify. A portion of the audio and video release proceeds will benefit the non-profit https://www.savehaititoday.com/ which provides music, sports, and education programs for youth in Haiti.

RUN anchors a pivotal scene towards the climax of the film. RZA says, “[Music Supervisor] Adrian L. Miller understood New Orleans music, manages for Anderson .Paak, and has a taste for the 2005 vibe I was trying to find for this movie. RUN really fits what our characters are going through. It actually encapsulates the natural instinct that happens when our characters go down the wrong road….what do you do when you make a bad move like that…? You have to RUN.”

“RUN is a song about going through difficult times and persevering until you reach your dreams,” adds Freedom. “It’s a reminder to keep striving towards creating something epic, find the dream within, and keep fighting for it until it comes true. I wrote the song when I had just found out my brother had cancer and was fighting to keep hope in our spirits.”

Freedom continues, “RUN mixes the vibrations of Haiti to New Orleans because not many can understand how both places are so close yet so far away. We are a Kryeole/Creole people living in Haiti—separated from those Creole people in New Orleans but we have had many floods and tribulations in this lifetime. Enough, in fact, to share how to strive and survive though it. It (Cut Throat City) teaches that miracles happen and if you keep going, you can get further than you thought. I think RUN comes at that perfect point in the movie to give you that hope.”