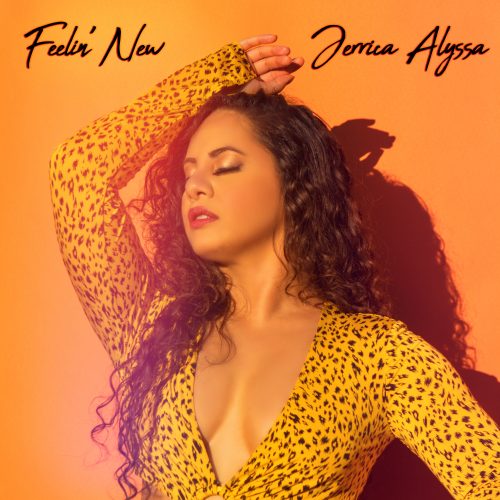 In this new entry in our ‘Diamonds In The Rough’ category, we want to introduce you to upcoming artist Jerrica Alyssa and her brand new single titled “Feelin’ New”.

Soulful Pop R&B artist, Jerrica Alyssa, is excited to announce her freshman EP release, Feelin’ New.  Filipina-Canadian, multi-instrumentalist Jerrica brings infectious passion to her ballads and dance tunes, which starts with her insightful songwriting.  She is a real BOSS with unusual flavors: Fillipina fire, conservatory chops and a well earned Polynesian flare, acquired by touring in an international dance troupe as a kid.

Present on all of the songs are Jerrica’s sultry, strong vocals and groovy keyboard tracks, inspired by the likes of Alicia Keys, Lizzo, Pink Sweat$ and Prince. In 2020, the last two singles released by Nashville based Jerrica, were added to Spotify Editorial Playlist New Music Friday Philippines. She is proud to share her legit-studio production skills on this EP, joining the new generation of young women who tirelessly work at all aspects of their career.  For Jerrica, this includes visuals as well, videos and stills, shooting and post-production work. Industry veteran session players collaborated with her on the tracks, as well as production partner Joseph Magee, engineering and mixing.

The potent, gotta move energy of the title track “Feelin New” definitely gives awesome dance vibes reminiscent of music played in Jerrica’s home as a kid.  “My parents always had music playing in our house, artists like Earth, Wind & Fire, Donna Summer, Whitney Houston and Michael Jackson. And as you might have guessed, our Filipino family fun at home was karaoke, giving me plenty of opportunity to jump up and sing and dance. Not gonna lie about our cultural leaning towards ballads, but good dance grooves were pumpin’ too.”

When Jerrica picked the concept for the “Feelin New” music video, her dance persona and our recent world-wide, online video community inspired her choices. The result is a high energy, community cast of dancers and people with “good feels,” guaranteed to inspire all of us to sport a new smile and feel the groove; a welcome remedy for all we have lived through this last year.

Jerrica Alyssa previously released a collection of 12 soulful Pop R&B singles, over the duration of 2019 and 2020. This five-song EP was written, recorded and mixed in Nashville with contributions by musicians from British Columbia to Tennessee. So get ready for the Jerrica Alyssa April 2021 debut EP release, Feelin’ New.

Listen to the title track below: