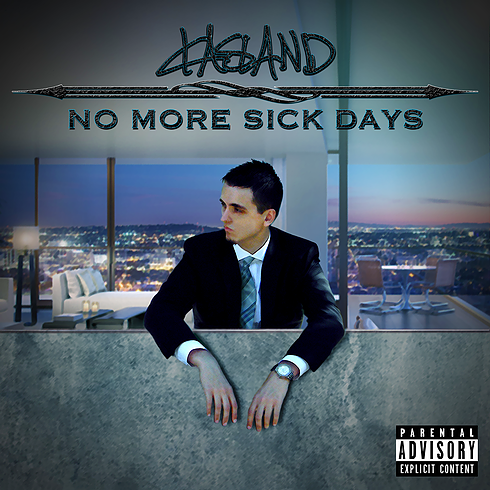 In this new entry in our ‘Diamonds In The Rough’ category, we want to introduce you to upcoming artist Kasland and his brand new album titled No More Sick Days.

“Starting with track 1, I began writing this album 6 years ago having no general direction of where I was taking it. Depression hits fast when it hits. I had only written the first verse and the chorus of “Leap of Faith” when I fell. I let go for a long time as I watched old friends and artists I had met carry on with their careers. I learned a valuable lesson about time at that moment. It will go on without you, and it will not stop for you.”

“The motivation slowly began to overpower the depression as I watched my colleagues release singles, albums, and music videos. Watching the feedback and the growth lit a fire in me. Maybe it was jealously, who knows? So I started with a couple of songs, writing, recording, and then as I went back, there it was… the unfinished “Leap of Faith”. I asked myself why I never finished it. Should I throw it out? Rewrite it? No. I should pick up where I left off. I realized that I had not completed it, because its story was not yet finished. It is time to take that leap of faith that I did not have the strength to take all those years ago. It is time to jump back in the ring… no more being a stranger to myself, no more sick days. I am Kasland, and this is my story…”