DIAMOND IN THE ROUGH: KIRB & Finao Zeek – “Site of a Dolla” 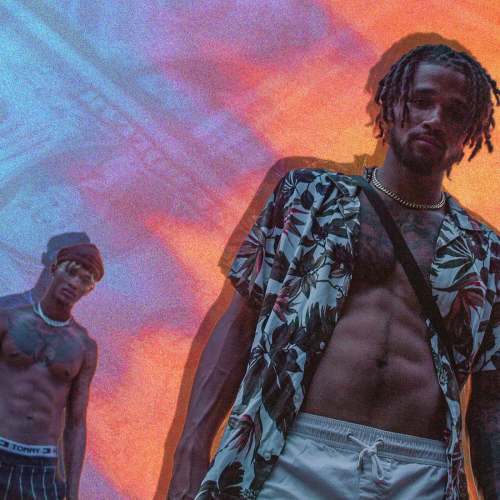 In this new entry in our ‘Diamonds In The Rough’ category, we want to introduce you to upcoming artists KIRB and Finao Zeek – who are also brothers – and their brand new single titled “Site of a Dolla”.

Part of the FINAO Mob, brothers Finao Zeek and KIRB collaborated on their new single, “Site of a Dolla”. The brothers talk about their shared experience growing up in Broward County, Florida. The track was named Site of a Dolla to indicate how money was the destination above anything else in their lives. They grew up with money at the core of their family tensions. To the young brothers, the simple solution and primary goal seemed to be: make a lot of money so that this would never happen in their own families. In the track Zeek and KIRB shine light on how money is merely a tool rather than a means to an end. It is the root of ill motives, bad morals, and negative energy as KIRB says in his lyrics “Money make a man shallow; make a woman shallow cause we’ll do anything for a dollar.” Money will follow if you put the right energy into whatever it is that you do.

We have also included a new solo song by KIRB, which is titled “Loading…”. The song paints a picture of KIRB’s drive, determination, enthusiasm, and optimism for his music career, and how he never loses focus on making it to the top: “Ima horse in the business – I ain’t settling for par, Imma prove that I’m the fittest.” The theme of putting in the hard work to receive the desired results is prevalent in all of KIRB’s music, but especially this track. The inspirations and revelations that fans can expect from KIRB’s new material come from a place of introspection and passion for bringing people together. He emphasizes how crucial it is to live in the present moment to create your reality and be in control of your life.

Listen to both songs below:

The post DIAMOND IN THE ROUGH: KIRB & Finao Zeek – “Site of a Dolla” appeared first on Fresh: Hip-Hop & R&B.