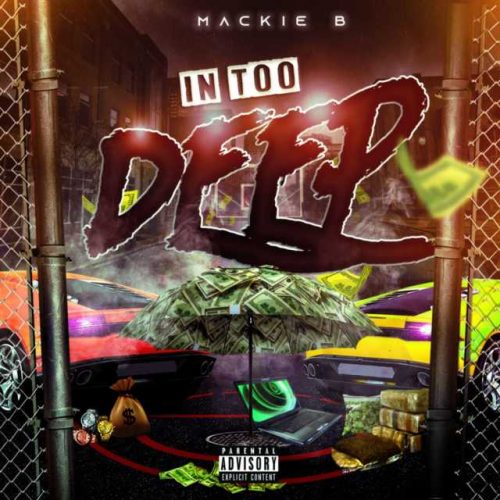 In this new entry in our ‘Diamonds In The Rough’ category, we want to introduce you to upcoming artists Mackie B and his brand new single titled “Madoff” with Bobby Fishscale and Giovanni Escobar.

Rapper Mackie B grew up in the tough streets of Little Haiti, Miami, where the mentality was getting it how you live, which made him work harder as he aspires to be one of the best rappers in the game. His lyrical skills and trap sound makes his music a vibe that anyone can bop to and have fun. He’s so dedicated to his craft that he created an at-home recording studio, which allows him not to miss a beat. Growing up, every one from his hood called him Bernie Mack, so after realizing he wanted to go into music while in high school, he decided to switch the name around to “Mackie B,” which is a name that is well known where he’s from. Jay – Z, Outkast, and Eminem have always been his musical idol and influence, which drives his hunger and energy to do it big.

He writes his music from real-life circumstances and anecdotes that will make you reflect. Although he is speaking the truth in his rhymes, his beat is all creatively selected. He has four siblings and a son who is his source of inspiration to grind harder and win to all eat better. Rio the young OG and Louie Ray. Working with those artists has inspired him even more because of their grind and work ethics. His album Skid Road came out on December 5th 2020 and his EP titled In Too Deep dropped in November 2020 with some banging singles as he works to make a mark on the music scene. His music continues to gain momentum and is being played at parties and clubs. His favorite quote, “I rather live enormous than dormant,” Jay – Z something he actually lives by.
Listen below: