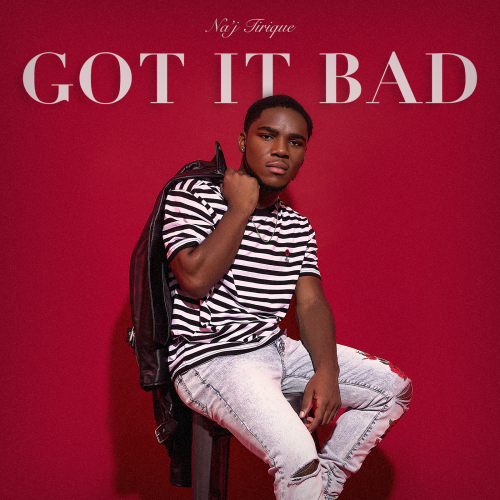 In this new entry in our ‘Diamonds In The Rough’ category, we want to introduce you to upcoming artist Na’J Tirique and his brand new single titled “Got It Bad”.

Diverting from his classic sound of optimistic love and romance, Na’J Tirique explores the difficult facets of relationships in his latest single “Got it Bad.” Blending elements of mellow R&B and light 808’s, the self-worth anthem affirms and encourages to never settle for anything less than one deserves.

A nostalgic nod to the R&B sound of the early 2000’s, Na’J articulates familiar vulnerabilities of new age relationships with an attitude authentic to his southern roots. Ahead of his highly anticipated summer EP release, Got it Bad completes a trilogy of singles, solidifying Na’J’s sound in R&B. Often tapping other genres, he showcases a revealing vocal and sound range of neo soul and R&B. Garnering hundreds of daily streams, Na’J Tirique is creating his own niche in R&B. With an increasingly growing fanbase, he is solidifying his place as one of the most influential up and coming R&B music sensations out of Atlanta.

The post DIAMOND IN THE ROUGH: Na’J Tirique – “Got It Bad” appeared first on Fresh: Hip-Hop & R&B.