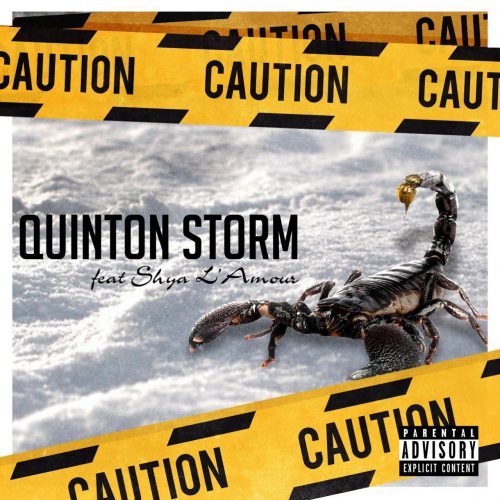 In this new entry in our ‘Diamonds In The Rough’ category, we want to introduce you to upcoming artist Quinton Storm and his brand new single titled “Caution” featuring Shya L’amour.

Quinton Storm is a 5 time Billboard charting independent recording artist who has built a solid fan base from the ground up he has been number one on MySpace, Reverbnation, Soundclick and various other music sites. Quinton has been fortunate to cut records & demo records with/for many Grammy winning, nominated & Multiplatinum producers from Troy Taylor, Yonni, Cory Bold, mysto & pizzi, Kane Beats, Boi-1-da, warren oak felder, and Janet Jackson’s late producer Kowan Paul who took QS under his wing right before passing away. Quinton has been determined to tap into songwriting and acting to secure his spot amongst top tier entertainers. His first film Gangland: The Musical stars Tamar Braxton and Clifton Powell. It is slated to release late 2020.