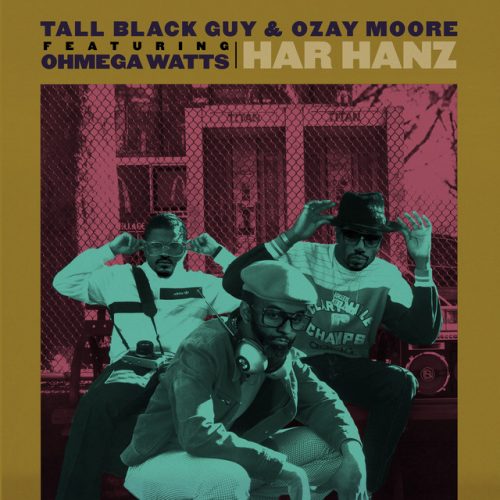 In this new entry in our ‘Diamonds In The Rough’ category, we want to introduce you to upcoming artists Tall Black Guy and Ozay Moore and their brand new single titled “Har Hanz” featuring Ohmega Watts.

The track captures so much about the spirit of hip-hop’s foundation that was started more than 40 years ago. It’s fitting then, that it kicks off with a sample from cultural touchstone, Style Wars, in which we hear references to late Latin jazz percussionist Ray Baretto (aka “Hard Hands”).

“‘Har Hanz’ is a salute to the work put in and the relay of progress,” says Ozay, who sounds right at home spitting back-and-forth rhymes with Ohmega. Plus, they’ve got Tall Black Guy on the boards, and the Detroit producer continues to showcase why he’s one of the genre’s best. His instrumental is funk and jazz-laced ear candy, and it’s filled with little Easter eggs that old heads and newcomers alike will love.