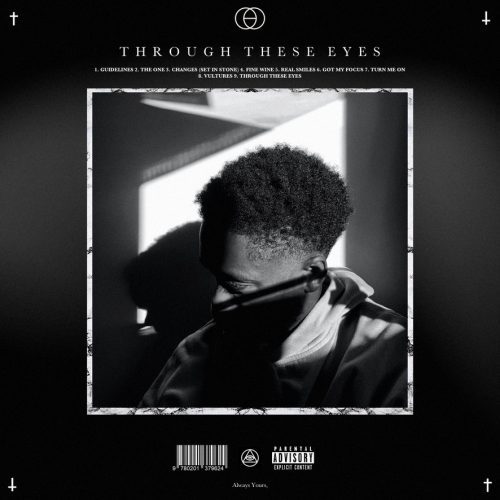 In this new entry in our ‘Diamonds In The Rough’ category, we want to introduce you to upcoming artist Ziyaad Luceō and his brand new project titled Through These Eyes.

While the world was put on pause, a new artist coming from Toronto, Canada has emerged and made an immediate impact all across the globe. His name is Ziyaad Luceō. For just over a year, the mysterious vocalist made his way onto the scene. Releasing only 5 singles, Ziyaad Luceō has grown his stock on all platforms by spreading nothing but great music and consistent positivity. Reaching heights and goals unthought-of on Spotify, Apple Music, Instagram, and SoundCloud, this new movement (using the abbreviation of “OE” [Outlier Entertainment]) has people craving more. Hidden by his dark-aesthetic world he created on Instagram, his mixture of multiple genres such as dark R&B, alternative, and hip-hop all work in harmony to paint a vivid picture for each listener. He leaves a distinct memory of his predecessors but has set his own sense of authenticity that is becoming rare within this saturated industry.

The release of Ziyaad Luceō’s debut project Through These Eyes has created a wave of support looking to see what direction he chooses to go in next.

The post DIAMOND IN THE ROUGH: Ziyaad Luceō – “Through These Eyes” appeared first on Fresh: Hip-Hop & R&B.