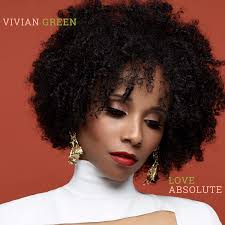 Vivian Green recently released a new album, her seventh, called Love Absolute. Green explained that she felt free while creating this new album. She admits that she didn’t have that experience with previous projects. Because of that newly-found liberation, she believes Love Absolute stands apart from her other albums. “I felt liberated to explore what was in my head without a spotlight, judgment or criticism, while recording Love Absolute,” said Green.

Grown Folks Music spoke with Vivian Green about the new album– co-produced with Kwamè — that touches on romance, heartache, pain, self-love and socially-conscious issues. She discussed the intention behind some of the tracks on the album– including an “Easter egg” dropped in one of the tracks that is a nod to an ’80s, beloved, mega pop star [listen carefully to catch it], addressing the Africa diaspora and covering a popular song from a 90’s movie soundtrack.  About the album overall, Green says, “I’ve listened to Love Absolute many times and I must say that it’s wonderfully versatile and beautifully cohesive. It’s gentle, tough, regretful, sexy, honest, loving and gives fans a look into my life. It also conveys self-love; love of my people; love of jazz; love of my privacy; and love of love. I haven’t made an album this honest in some years.”

Watch our and enjoy our interview with Vivian Green. Her new album, Love Absolute, is out now.