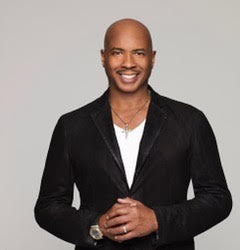 Music Director/Producer/Composer Ray Chew’s work can be found across multiple networks in various TV offerings, both in front of the camera and behind the scenes. The sounds of the much sought-after Maestro were on full display during the inaugural season of Fox’s new ratings juggernaut I Can See Your Voice – the Ken Jeong helmed musical game show that took the top spot as America’s #1 new unscripted series of 2020. ABC’s “Dancing with The Stars” crowned their season 29 Mirror Ball Champion with Ray Chew Live providing the soundtrack for 12 straight seasons – creating his vibrant takes on current and classic hits. 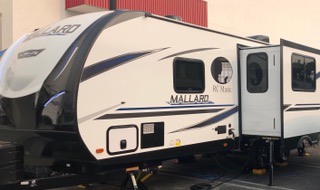 GFM’s BJ Pendleton chats with Musical Maverick Ray Chew who has put his mark on many television shows, musical specials and historic landmark events including, Dancing With The Stars, I Can See Your Voice, American Idol, 65th Annual Emmy Awards, Grammy Awards and much more.

Mr. Chew’s work with orchestras as a conductor and a composer has carried him to prestigious venues all over the world, from the Hollywood Bowl in LA to the Nobel Peace Prize broadcast in Norway.

BJ spoke with Ray about how he built a special custom made music trailer that he has been using during the pandemic to safely create compositions for various television series, television specials and film projects and much more! 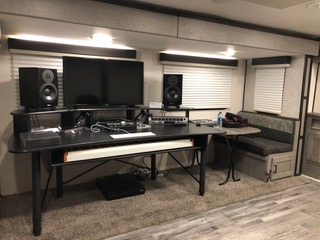 Ray’s tenure as music director for Fox’s “American Idol” inspired some of the best talent in the competition’s history and produced over 300 contestant iTunes downloads. He has also served as music director for several network television series including “It’s Showtime at the Apollo” and BET’s “Sunday Best”. During his tenure with the BET Network, Ray took charge of the music for their biggest annual events including “BET Honors”; “Celebration of Gospel” and the “BET Awards”. Ray’s music direction is sought after for prestigious music specials and historic landmark events including the annual The 65th Primetime Emmy Awards, The Grammy Awards Premiere Ceremony, The 2008 Democratic National Convention, The President’s Inaugural Neighborhood Ball and The 44th Annual NAACP Image Awards.

Ray’s mark across the TV landscape can also be found on various NBC Specials, including The 94th Annual Macy’s Thanksgiving Day Parade, The Rockefeller Christmas Tree Lighting and their special supporting Broadway Cares – One Night Only: The Best of Broadway.

A man of vision and purpose – Ray Chew remains steadfast in his commitment to philanthropy thru his Power 2 Inspire Foundation and fundraising efforts in partnership with the American Federation of Musicians to benefit out of work musicians affected by the Covid-19 pandemic. For more information, visit www.powertoinspire.org and www.youtube.com/raychewlive.