Here we are on a Friday… for many the days just run together. Hopefully,(instead of today being another run together day) you will hear what we hear in “Made In Minneapolis” from Sir Spencer(Feat.) Jason Peterson DeLaire. What’s that you say? What do we hear? Some light, some hope, a little fun and release at the end of the tunnel.

“Made In Minneapolis” is constructed in such a manner as to serve as a tour guide for your spirit to be lifted when you consider that there was and is, a time and place(Minneapolis)that sounds exactly like what’s going on in the 3:27 laid out here.

We’re choosing the fun of the the funk, and not to forget. We’re choosing the uplift of the one and three, not to ignore the problems of the world. The respite of release, not the recoil from the reprehensible. A little musical therapy if you will from Sir Spencer (Feat) Jason Peterson DeLaire that was sho’nuff “Made In Minneapolis”.

Press Play and thank us later, or you can thank us in advance 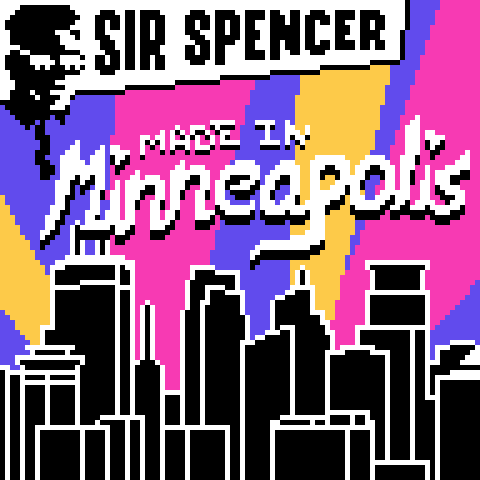