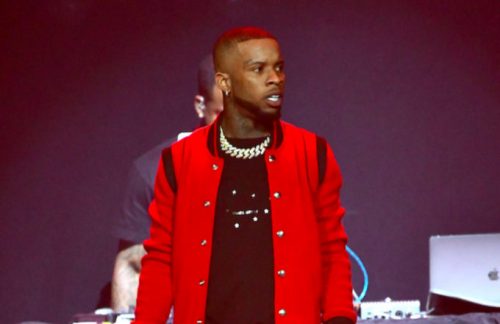 Tory Lanez closed out 2019 by releasing Chixtape 5 and now, he has already announced the release month of his next project.

Tory’s next project will be titled The New Toronto 3 and will drop in March. He also makes a point of saying that this release will mean his deal with Interscope Records is up, so perhaps it will be an album.

Check out the annoucement of the project and his stament on Interscope Records below:

ITS OFFICIAL, NEW TORONTO 3 COMES OUT MARCH !!!! AND AS SOON AS YOU HEAR IT … I HAVE OFFICIALLY FINISHED MY DEAL WITH INTERSCOPE … ITS BEEN REAL .

And it’s no bad blood with the label @Interscope … I HAD A 5 ALBUM DEAL ….I GAVE THEM 12 PROJECTS /ALBUMS if u include all the mixtapes with original music . I can OFFICIALLY go on record and say I exceeded that 5 ALBUM MARK … AND IM STILL JUST GETTING MY FEET IN THE WATER

I haven’t dropped the music that I REALLY wanted to for the last 4 years. I just freestyle’d shit and songs that WOULD GET YOU BY ,up untill i said fuck it “i gotta atleast go 60 % or they gone start thinking I’m super trash then boom “CHIXTAPE 5” but this should be fun tho